In this 2014, God still has a plan for you He is faithful, a provider, merciful and just. Don’t throw in the towel yet, don’t quit, it is not yet over. It may appear that all hope is gone and you have been left behind, everyone else is ahead and things seem not to work for you Hold your peace for it is not over yet, just don’t give yet. In life today, many want to quit due to the various problems, sickness, persecutions, hardships and trials facing them. It is important for you to know that God has not finished with you yet. God has blessings for you Only if you don’t quit you shall receive his promises towards you This message is for people with hopeless situations because of what your doctor said or because of what your circumstances is saying. Your situation that seems unabated and hopeless does not mean the end, neither does it mean that God is not at work over your life, It is only that you do not understand that heaven has commenced an action in your favour and God is at work in your life. I bring you good tidings and that is ‘God is at work in your life’. Even if the prince of Persia has withheld your answers, heaven has released an arch angel to free it for you, just wait for it.

The passage in Ezekiel 37 is a dialogue between God and Prophet Ezekiel regarding the dry bones. The scenario is in a cemetery and graveyard. It is a place of no return, a dead end, a valley of dry bones, no signs of life. It signifies a people whose dream and hope has died for long time, no future and there is no hope of rescue. What the Lord asked Ezekiel is what he is asking you about your situation today ‘Can the dry bones live?. When Ezekiel looked at the dry bones, he sees no life, no signs of movement, no solution, they are dead for long and cannot help themselves and nobody could help including Ezekiel. All he said was ‘Lord, you know’ Ezekiel is saying the reality of what is on ground, to him only God knows whether a hopeless situation is going to be turned around. Only God knows if you are going to be healed, God knows if you are going to be promoted, God knows if that broken home will be amended once again, delivered, set free from captivity and sickness. Is only God who knows the beginning from the end, he knows and you don’t know. God said in Jer 29:11 ” I know the thoughts that I think towards you, saith the Lord, thoughts of peace and not of evil, to give you an expected end”. The end is already determined by God so long as you put your trust on him. Have you faith in God? In I John 5:5, it says “ For whatsoever is born of God overcometh the world, and this is the victory that overcometh the world even our faith”. As long as you depend on God even when the situation is hopeless, you can be sure he will see you through. Afterall, we are told what to do when the burden is too heavy for us in I Pet 5:7 “casting all your care upon him, for he careth for you”. Have you cast your burden that you know not what to do about on him, he knows what to do with it, he cares. He will turn your worst situation around. Just trust and wait on him.

There are many situations we face in our life today which is beyond human solutions. People cannot help you, I brought you the word of God today that it is not over yet because God did not and has not said so. Study the scenario in Ezekiel’s world, he saw a hopeless situation, he heard and received from God, that he must speak to the dry bones, that he must prophesy to the dry bones. Ezekiel went down to the cemetery and told the dead and dry bones what God’s word said, that it is not over yet. They are not to quit in their dead situation. He told the dead bones, I have heard from God, I have his word, God has not forgotten you yet, I know you’ve lost hope but God has not finish with you yet. Listen, this should be your watchword which says, “yea, though, I walk through the valley of the shadow of death, I will fear no evil, for thou art with me, thy rod and thy staff they comfort me” Ps 23:4.  You can see that the word of God was the beginning of the process that brought back this hopeless situation of dead and dry bones back to life. It was a clear restoration and transformation of a worst situation. God’s word restores and transforms if you hold on to it and proclaims it. you’re hopeless situation can come back to life again if you declare and stand by God’s word. You may be in a situation that looks hopeless, it may look like the end is near and it’s time to give up, it may look as if you’ve lost, well, it doesn’t matter what it may look like, the final outcome will come when God says it’s over. Man may count you out, the enemy may tell you you’ve lost, the chance for victory may look impossible, but it’s not over until the Lord says it’s over. I am a witness of this transforming power of God’s word, He did not fail me.

Because faith comes by hearing and hearing the word of God Rom 10:17. Believe God, hear his word and declare it. If you are going to be successful, if you are going to be healed, if you going to redeem what seems lost, prophesy, speak and declare the Word. When Ezekiel obeyed and declared the word of God, there was a noise in the middle of the valley, a rattling sound. It was strange; the dead bones just can’t be stopped anymore by death. They let loose, the dry bones have ears and senses, they responded. If only you can speak the word, dry bones have ears, money have ears, mountain have ears, fibroid, cancer, tumour, prostrate cancer, barrenness, poverty and so on all have ears. Just prophesy to your situation and see that they will respond as they all have ears. You just have to speak from the power that works in you and observe the supernatural transformation from above take place in your hopeless situation. According to Eph 3:20, God is “able to do exceedingly abundantly above all that we ask or think, according to the power that works in us”.

Your bad and hopeless situation may not have physical ear but they have spiritual ears. Have you instructed them? They are waiting for your declaration of God’s word. They response to orders and if you fail to give order, it will remain as it is. That power is in you and it is your spoken word of his, speak it and you will see a changed situation.

You may not know what the future holds but I know who holds the future. His word in Ps 30:5 says “Weeping may endure for a night, but Joy comes in the morning.” Is not over, don’t quit. There is hope. Keep trusting God. Keep travailing, Keep giving, keep rejoicing, keep fighting until the victory is won. People will fail you, friends will fail you, all will fail you but God never fails. Don’t care what it looks like. It is not over yet because only God, and God alone has the final say. Don’t Quit now, don’t quit yet, is not over. God is in control. Just believe and trust him. While not sing this song : God Never fails. God never fails. He abides in me gives me victory, for God never fails. Just keep the faith and never cease to pray. Just walk upright morning, noon day and night. He’ll be there, He’ll be there. There’s no need to worry for God never fails.

If you have prayer request Please feel free to share with us. we will pray for you 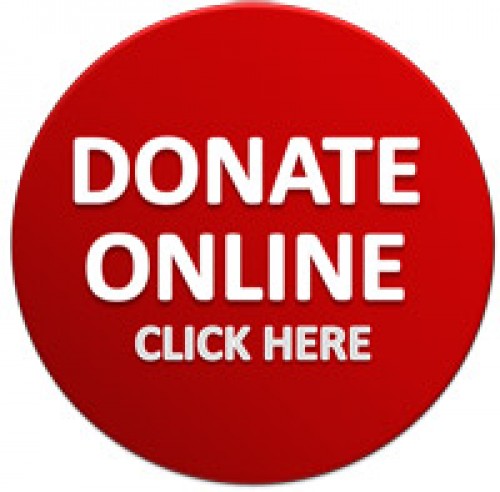